Citè” are social houses present in Santiago of Chile, considered as cultural heritage for their architectural features. They are usually not longer then two-story buildings, developed in length, not in height, with a collective space in the center.

As a result of various analysis we have decided to intervene in the ” Citè Esperanza” in Barrio Yungay who was hit by a fire in 2014.

In the same area there are 5 Citè divided by three collective spaces that pass through them.

We have proposed in the project, to keep the facade of the central Citè who was the mostly damaged by the fire. We proposed a different housing system consisting of 4 cores and pati. These cores allow to connect the collective space with the other sides.

In addition, the collective system has been extended to roofs. Green roofs designed for the community of all the inhabitants of the Citè so to make it as a green ecological sustainable lung. In the facades that give way to the streetwe have thought of long publics so as to revitalize the site and create a community activator where, what is cultivated in green roofs, is taught and used in restaurants / bars or sold, to create a perfect system in which residents and communities are merged in one.

The first is to account for the patrimonial border that contains the collective space of the interior of the Citè. This allows to renew the use that is currently given to this space, generating new flows and a more integrated image to the “outside” part of the project along with the accesses. 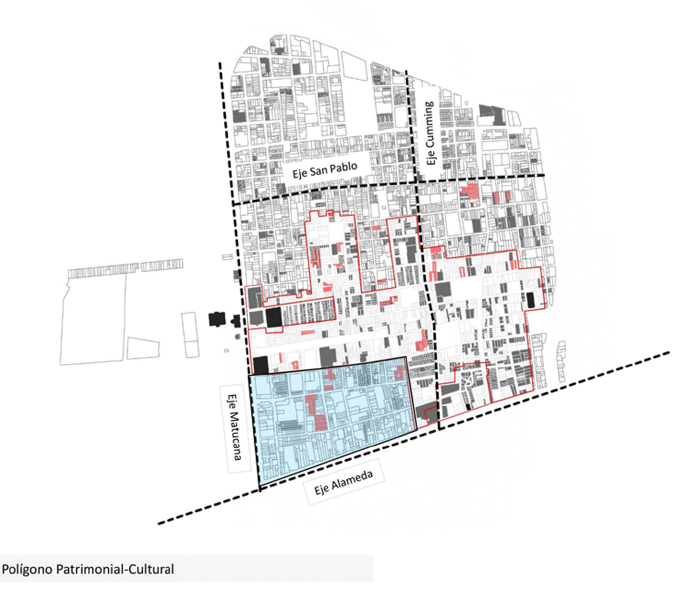 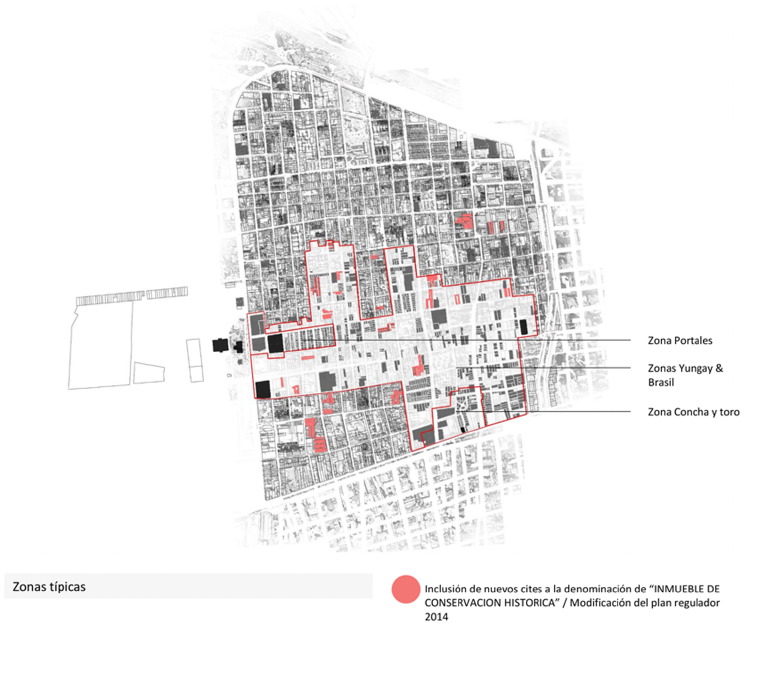 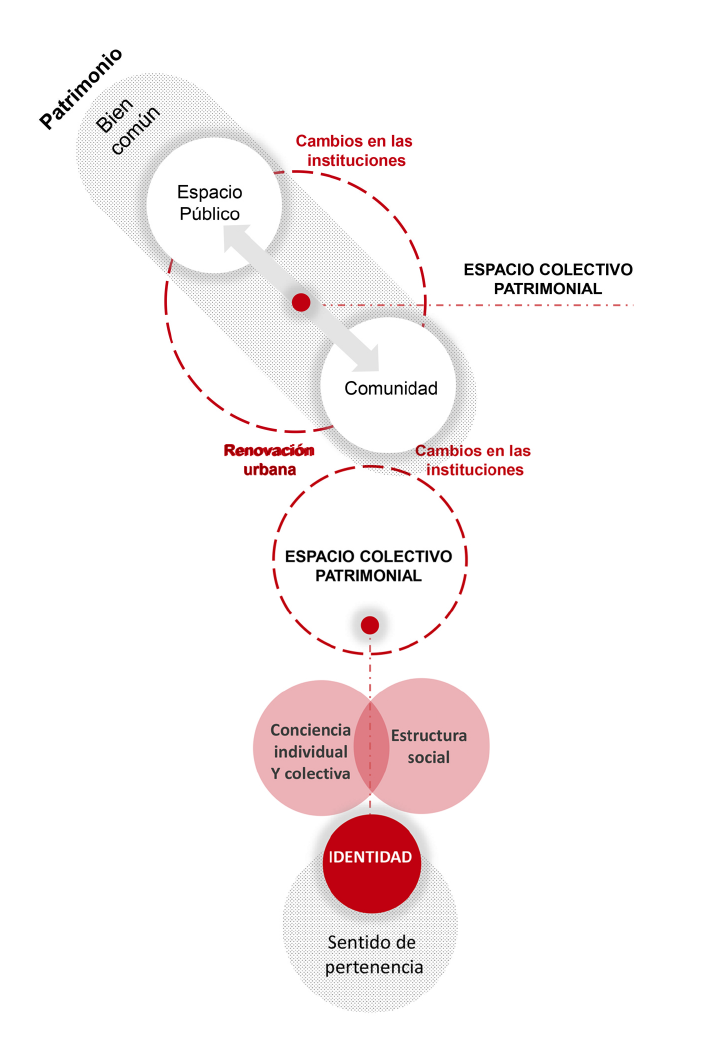 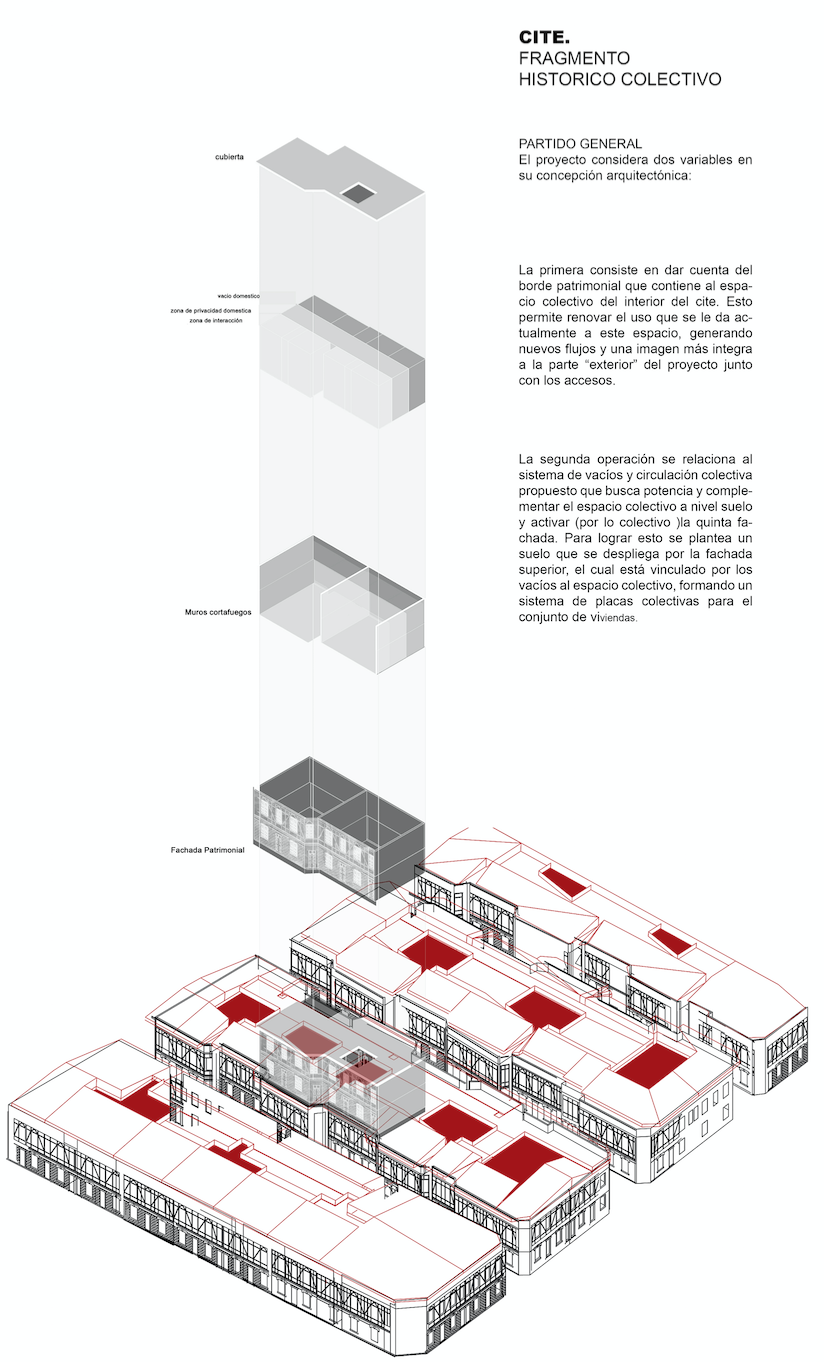 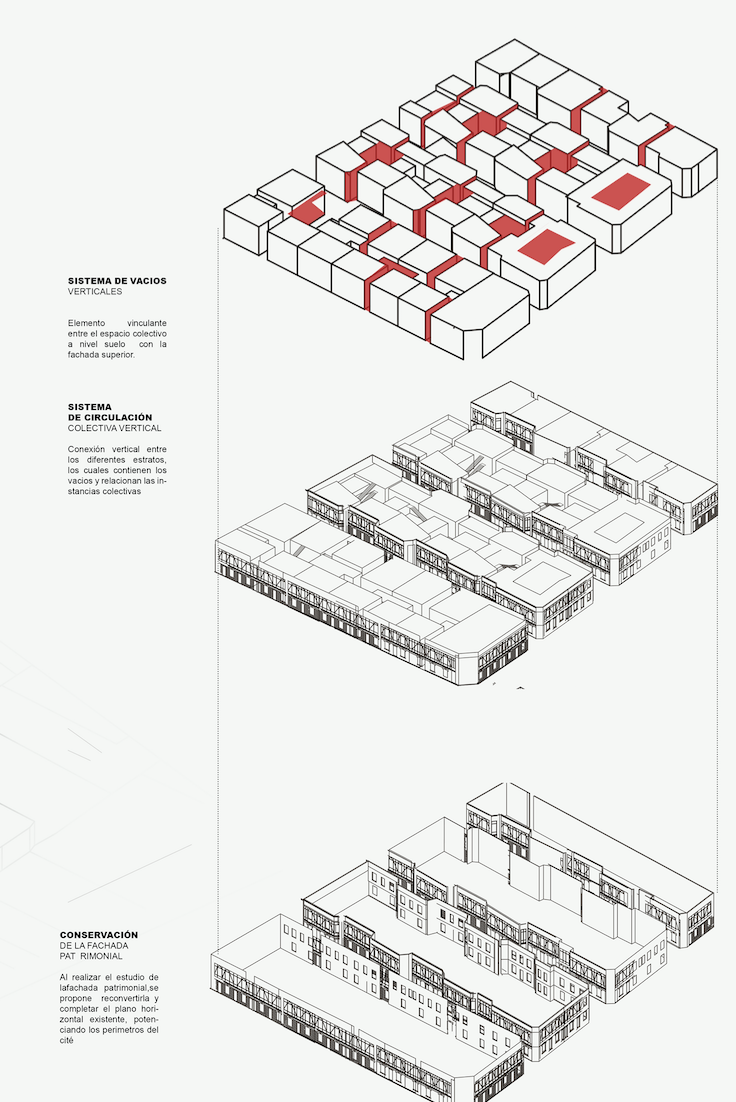 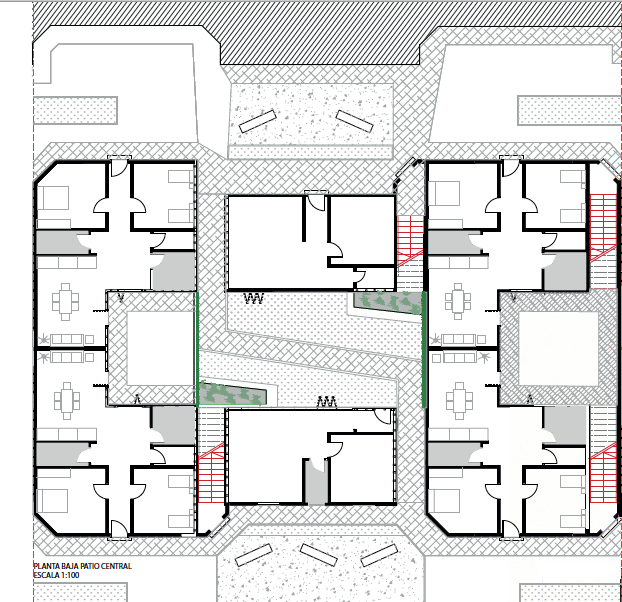 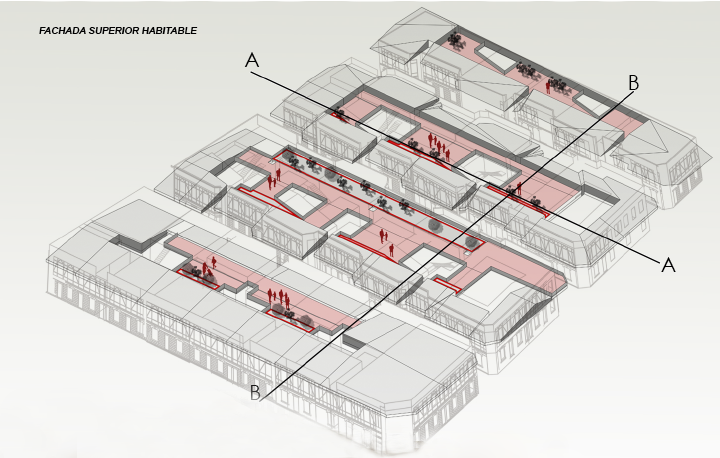 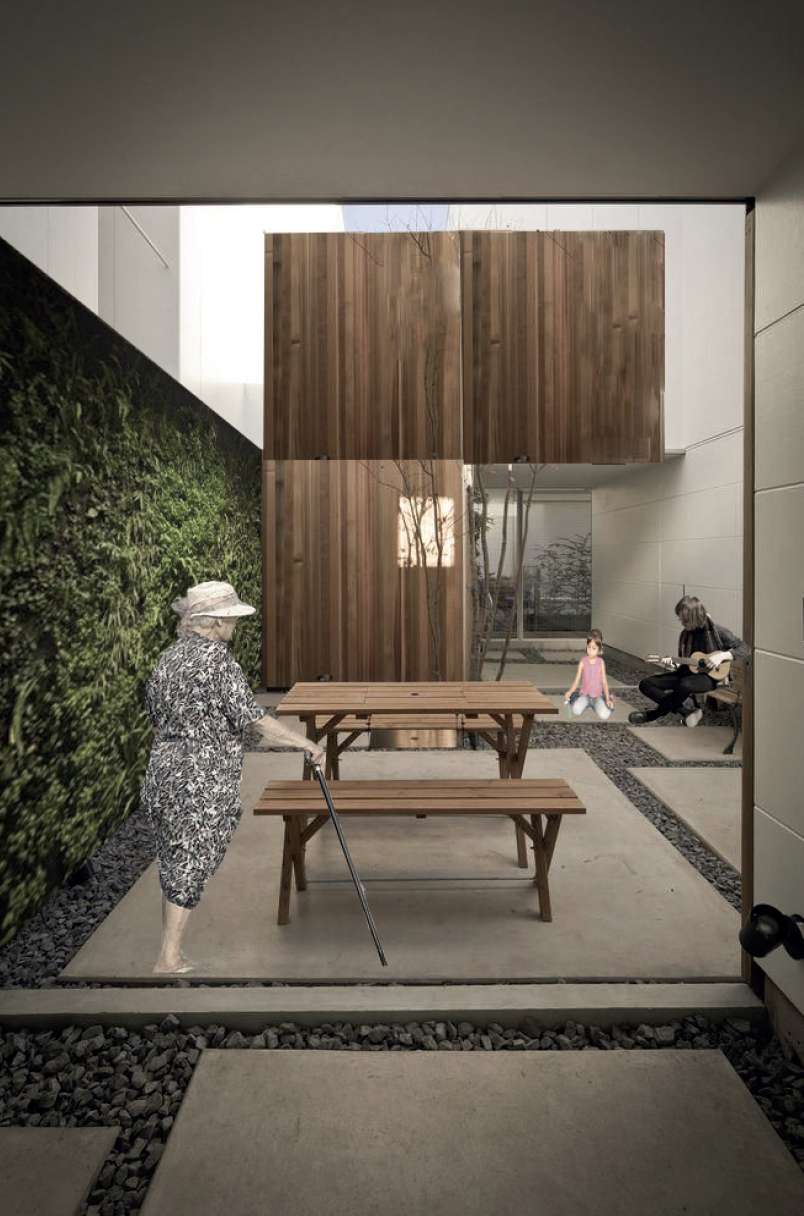 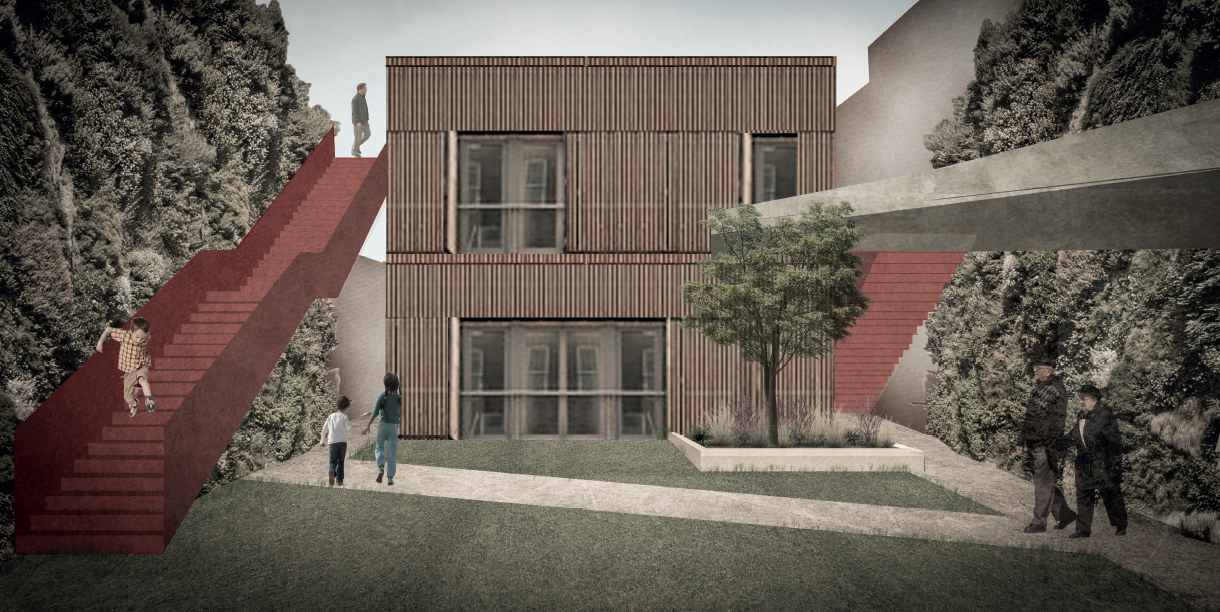