FINALISTS  at the Competition

About the site. Two for one

The neighborhoods surrounding Torre Baró, up to a fragmented landscape in which: nature, infrastructure, housing construction and the new group of former residential fabric of small scale.

The block divides in two, so the mountain is strained between them towards the street, creating multiple views crossing. Folds and vibration of the facade enhance the volume and collaborate with the anomie of the site.

About the building. Twin brothers

Both pieces have a common base. Access is common across a large hall where the mountain penetrates in a small garden. Each block has a core that concentrates and dignifies the public dimension of stairs and distributors.

The blocks are equal but different. Share type, always with housing corner. It differs in scope that accommodates a variable geometry of the plot by introducing the uniqueness in each of the homes for perimeter and orientation, they differ between themselves.

About the ordinance. Height and grazing

As has been done in front of the building at 17 Avenue Escolapi Cancer, is taken as the highest ground of the plot and a maximum height regulator signaled to the file, which is not exhausted. Thus, the ground floor is situated at a height of 48.97, and access to the parking level to the 46.07 level. The only access to common lobby entrance is via a ramp accessible. It also respects the regulations regarding the bodies flown to the avenue, not occurring prior to the second floor.

About the economy. Compactness and rationality

The economy of a residential building starts in choosing the type and continue with the logic structure and facilities. The project is solved with only two stairways serving four apartments per floor. Two packages of central focus toilets, elevator and vertical ducts, and the structure, so that the space perimeter is free of easements. The structure uses light short between 4:40 and 6:50 meters and simple geometry.

Each house is organized around a corridor which is the heart of the house. This brings together the fragmented surfaces of the lobby and the hallway in one piece and that amount is projected into the room and the kitchen, building a single area of unexpected dimensions. It is a generous axial access to housing toward the light, but also a place to play or to place a desk, leave the stroller or child’s bicycle, a piece that transforms the narrowness spatiality in the specialized space flexibility.

On the parking lot. Accessibility and economy

Parking plants solves half the problems of the geometry of the site effectively. Access to street level can have 22 places accessible to external users accessing the building directly from the outside. The structure coincides with the blog and enables the 51 seats required. The road access to 5:40 meters and width of 3m ramps comply with the regulations, which states that the width of the ramp will not be less than 3m “as long as those served by plant or plants do not exceed the capacity of 40 places, the exact number of places that serve the ramps of the project”.

On climate. Air, light and darkness

All homes have two orientations, but also their proper ventilation is guaranteed by an interior courtyard, which houses the laundry and drying, and Venturi effect “pushes” outside the air through the house. The economy achieved with the constructive elements “invisible” can improve the performance of the facade. The blinds that protect holes crane optimize the atmosphere and comfort of the home contribute significantly reduce the energy consumption of the building. Prevent or allow direct sunlight is an effective remedy Mediterranean architecture typical of local building a more modest budget can and should be incorporated. 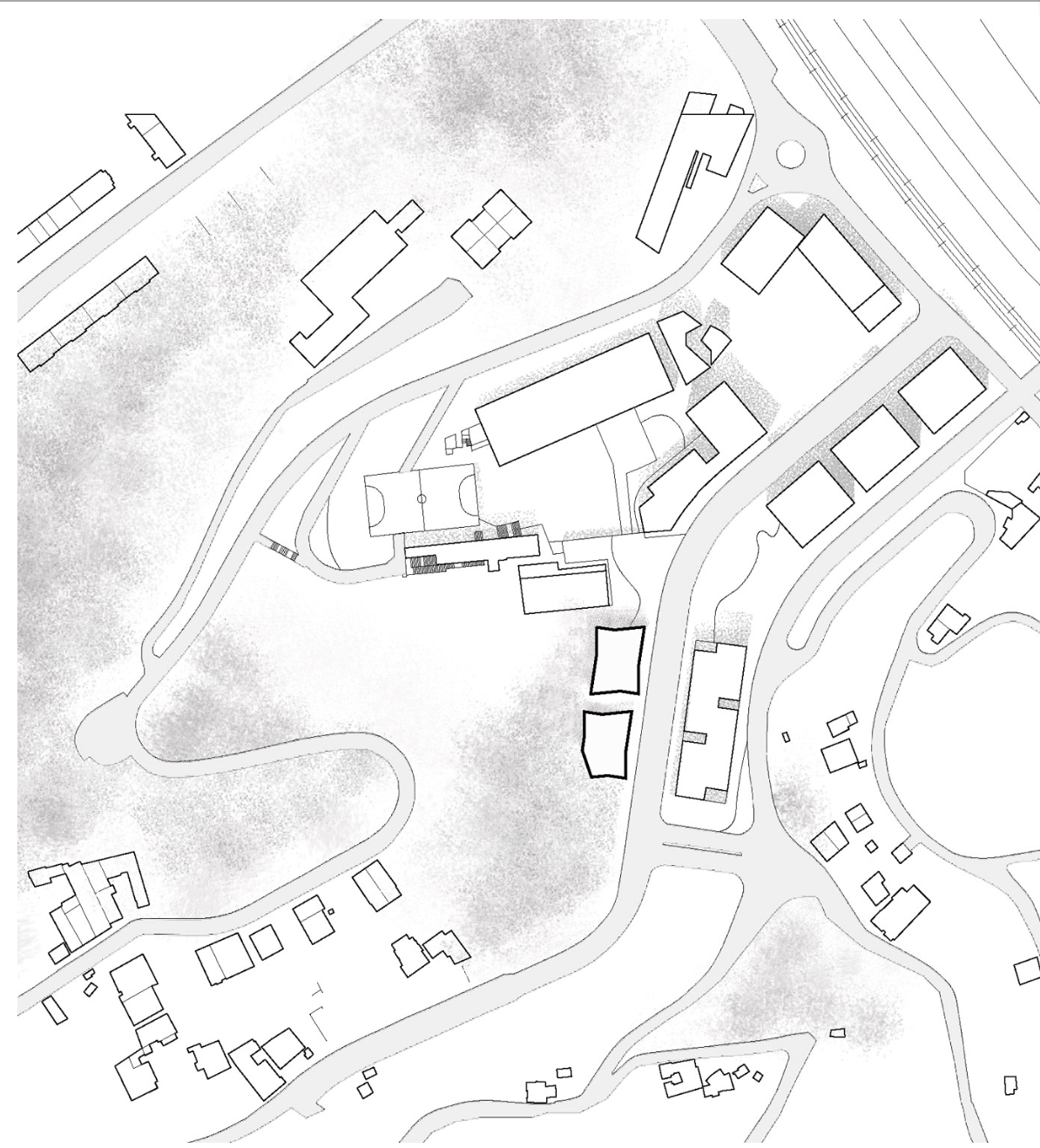 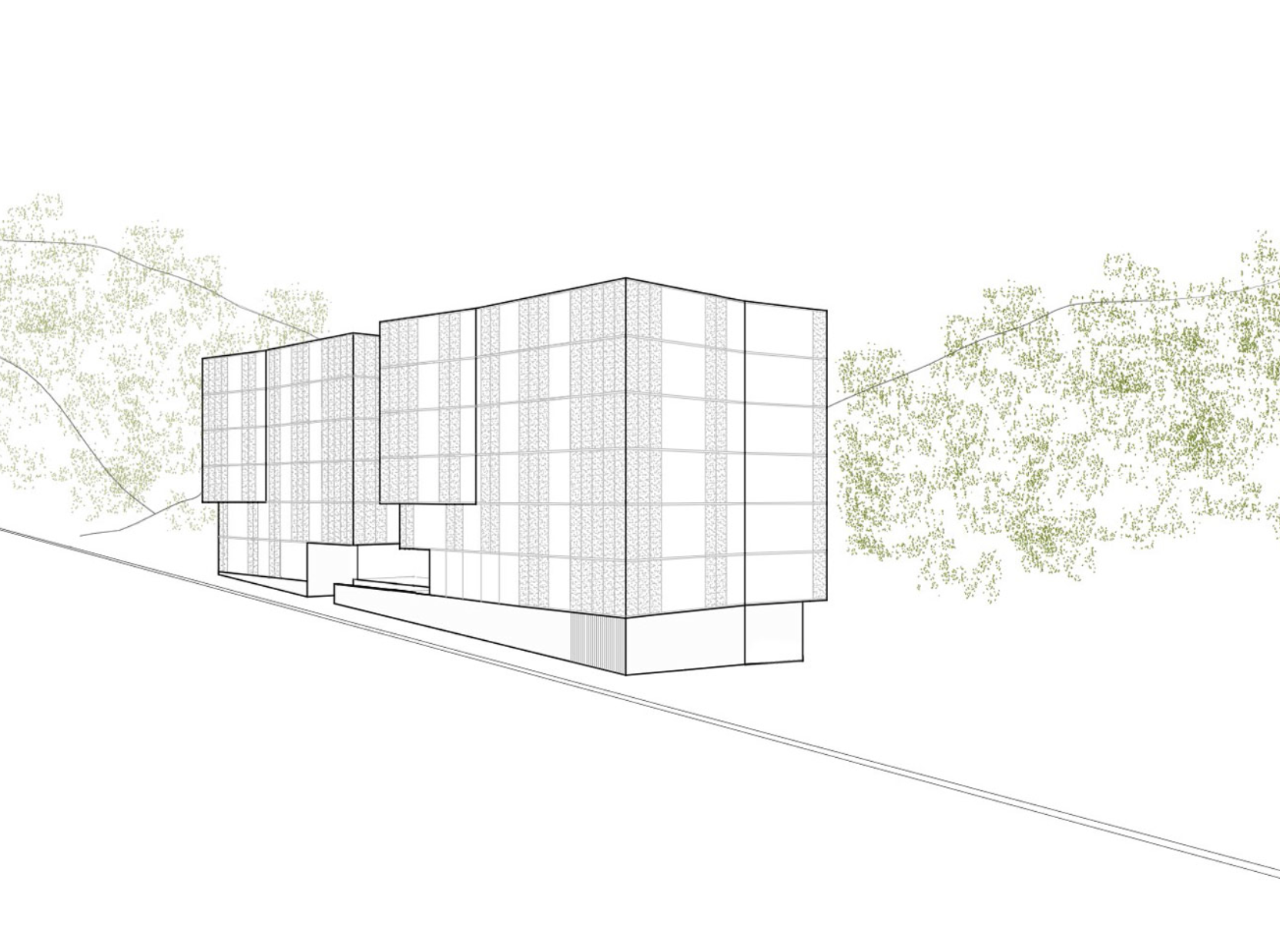 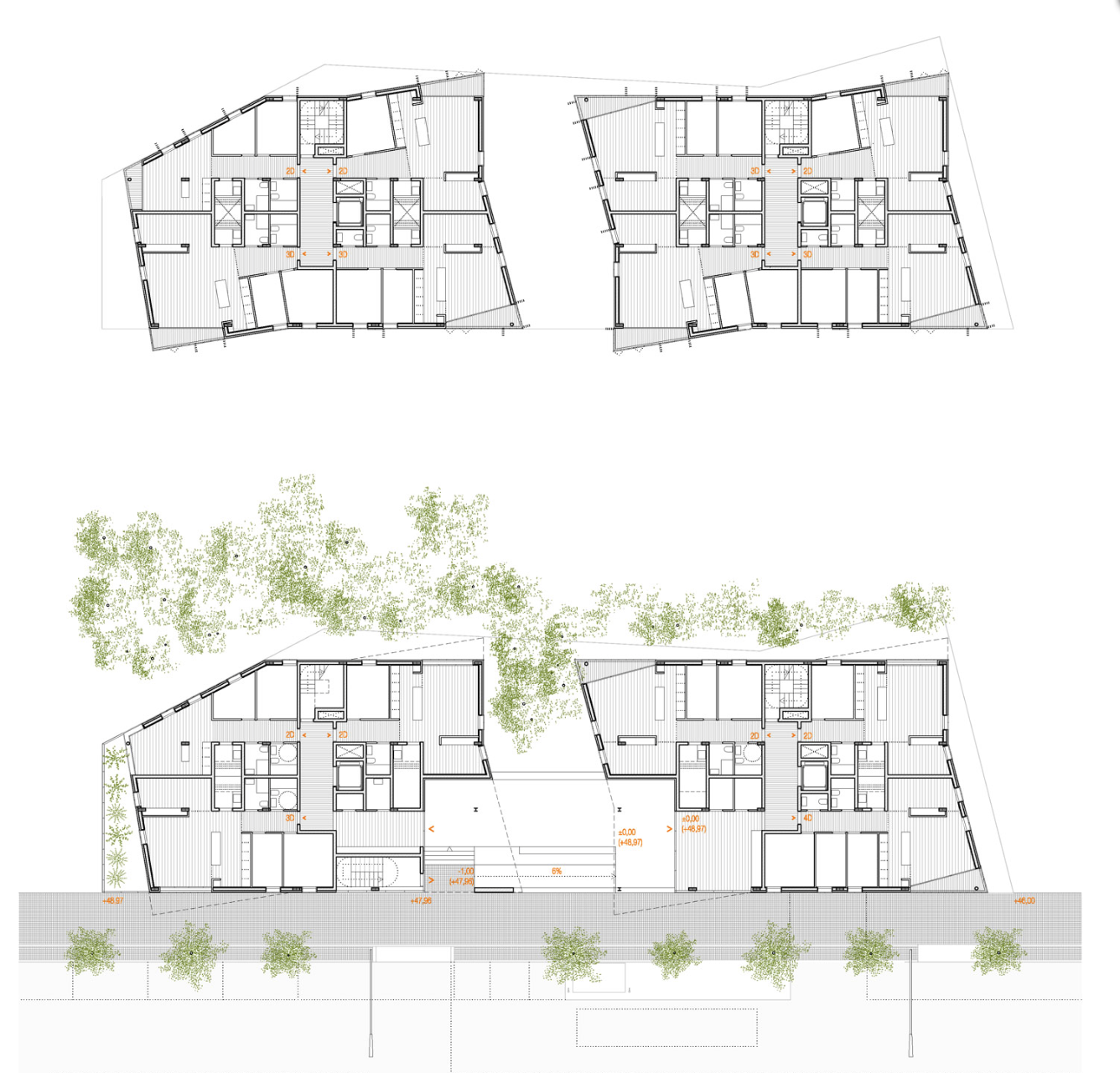 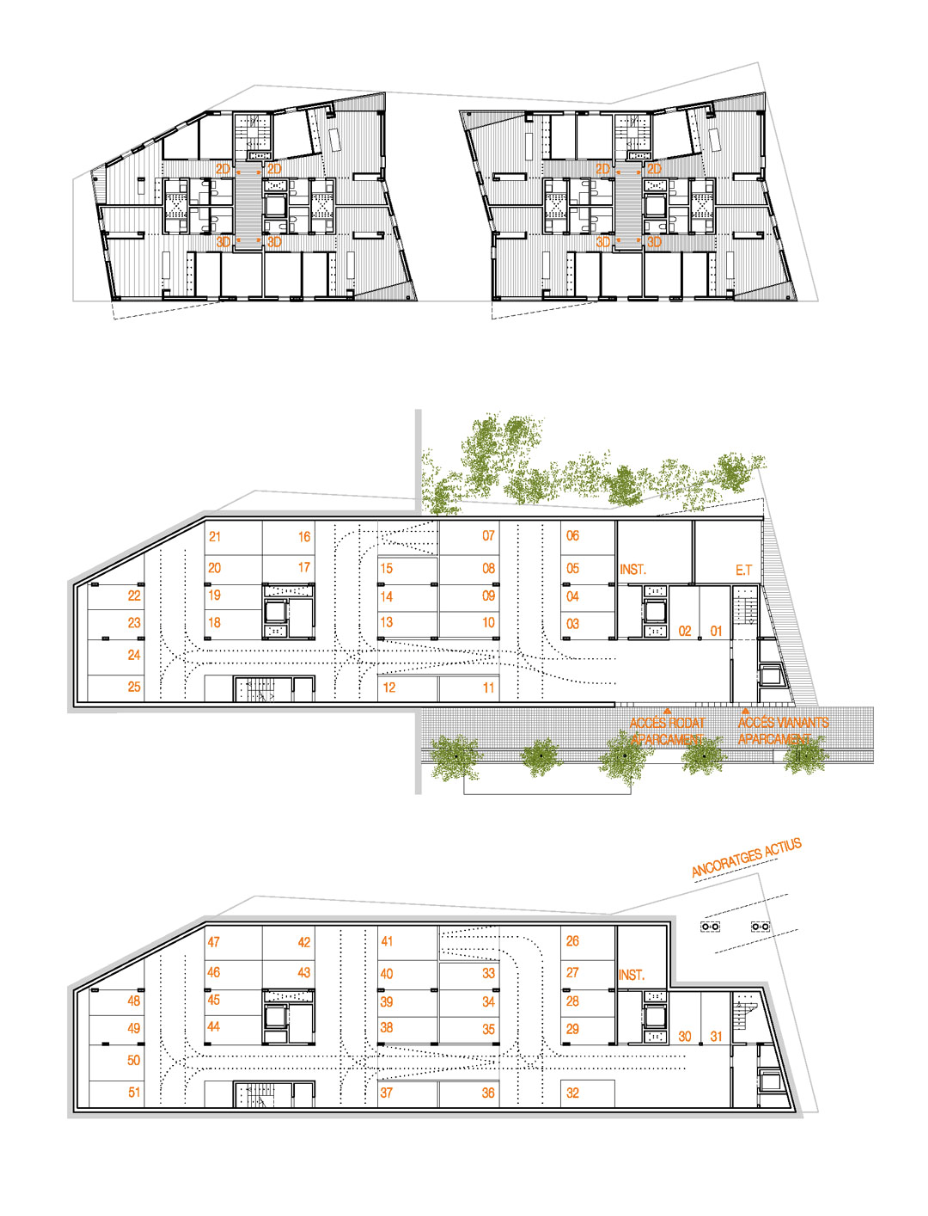 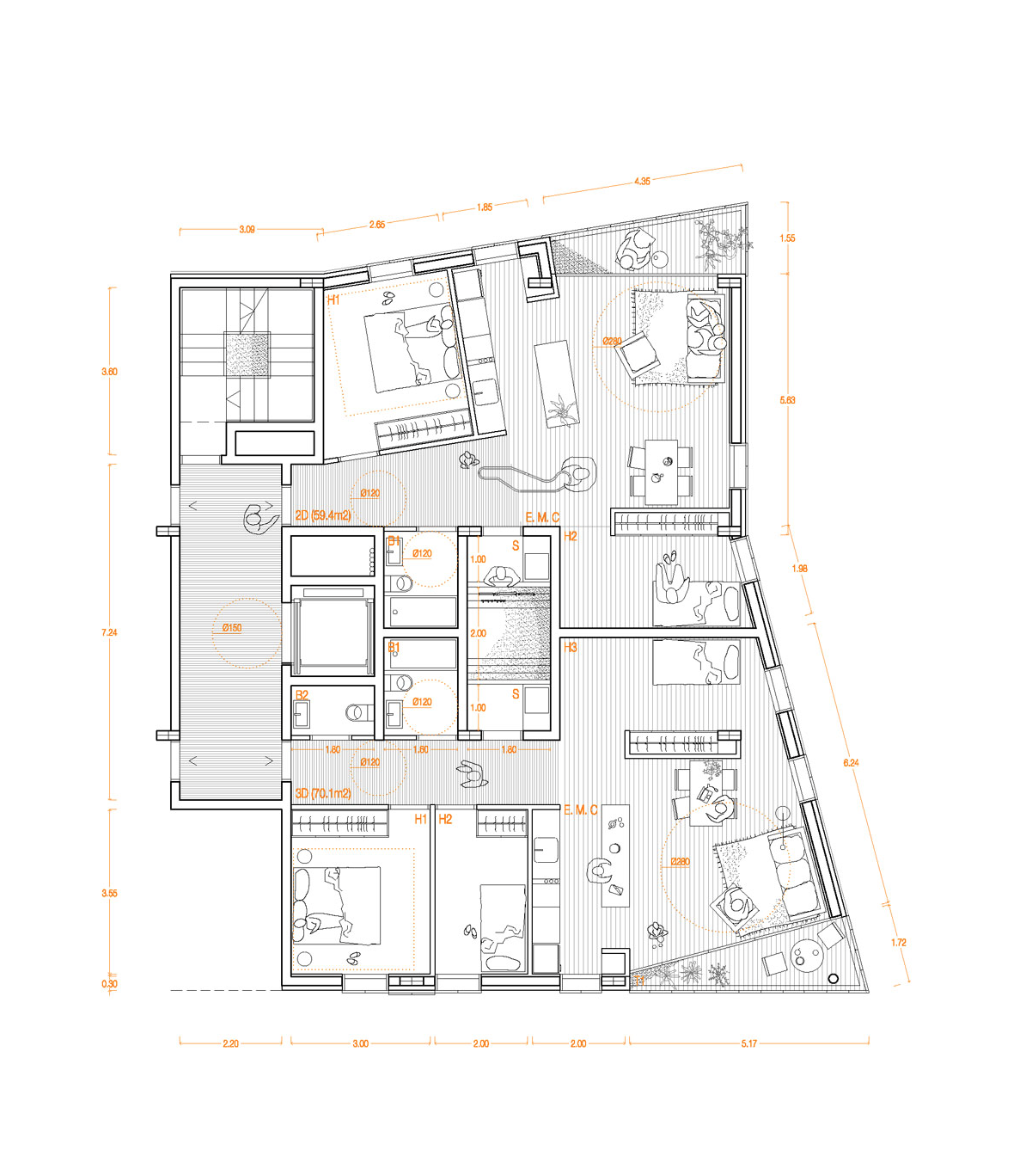 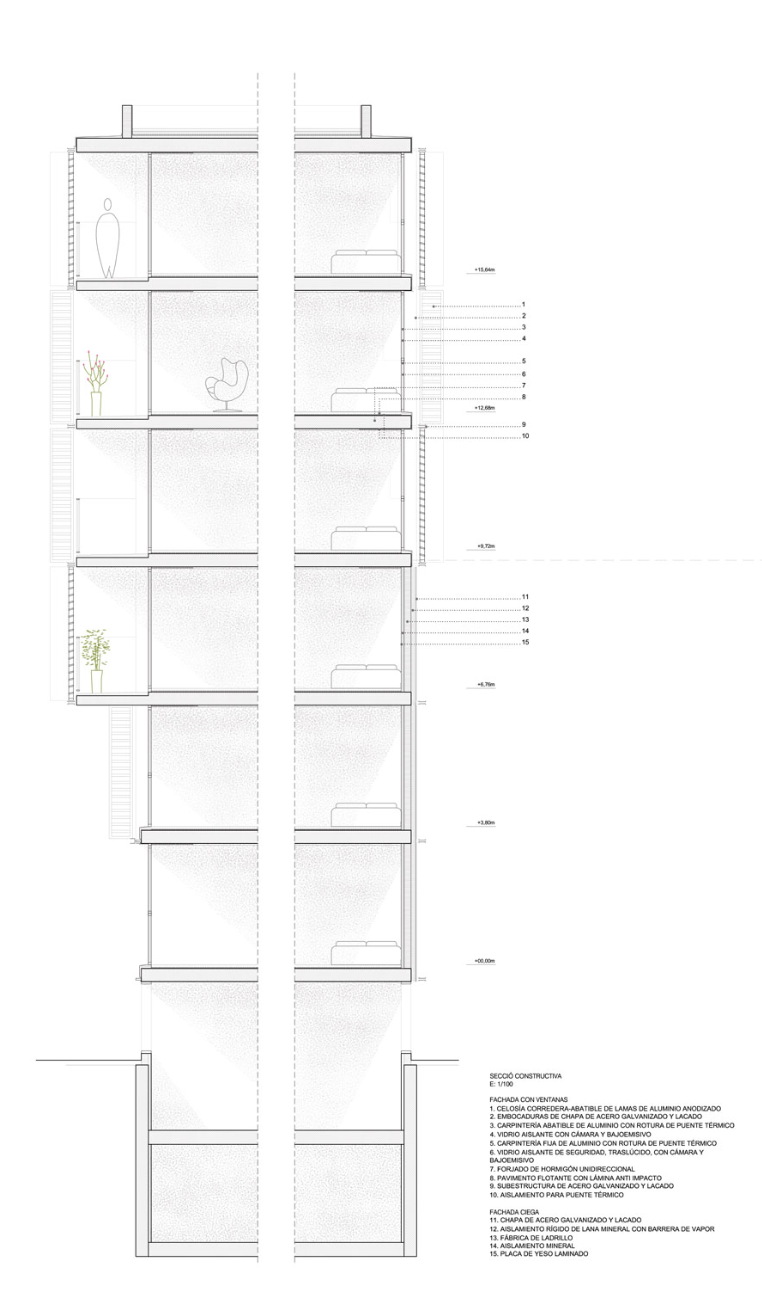 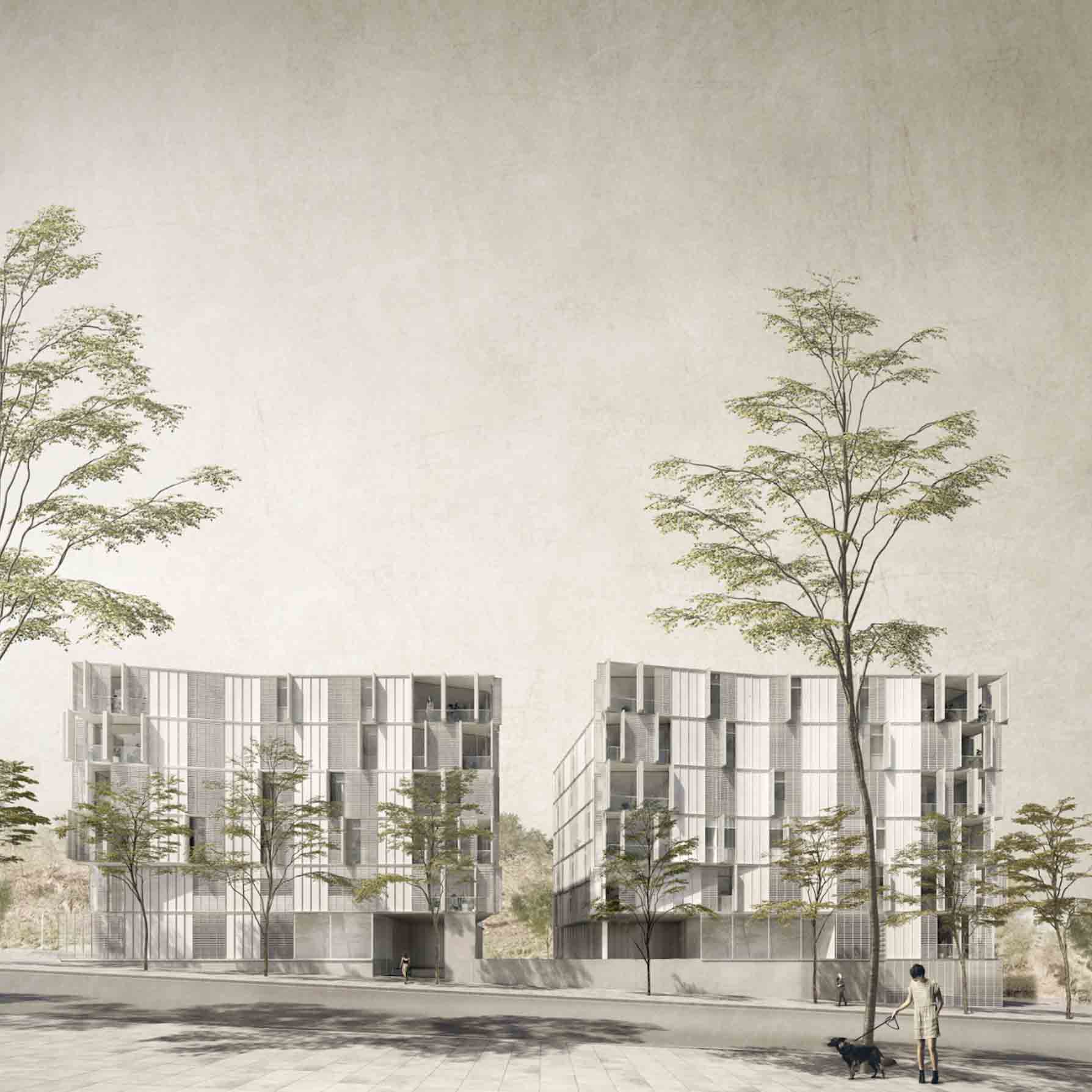 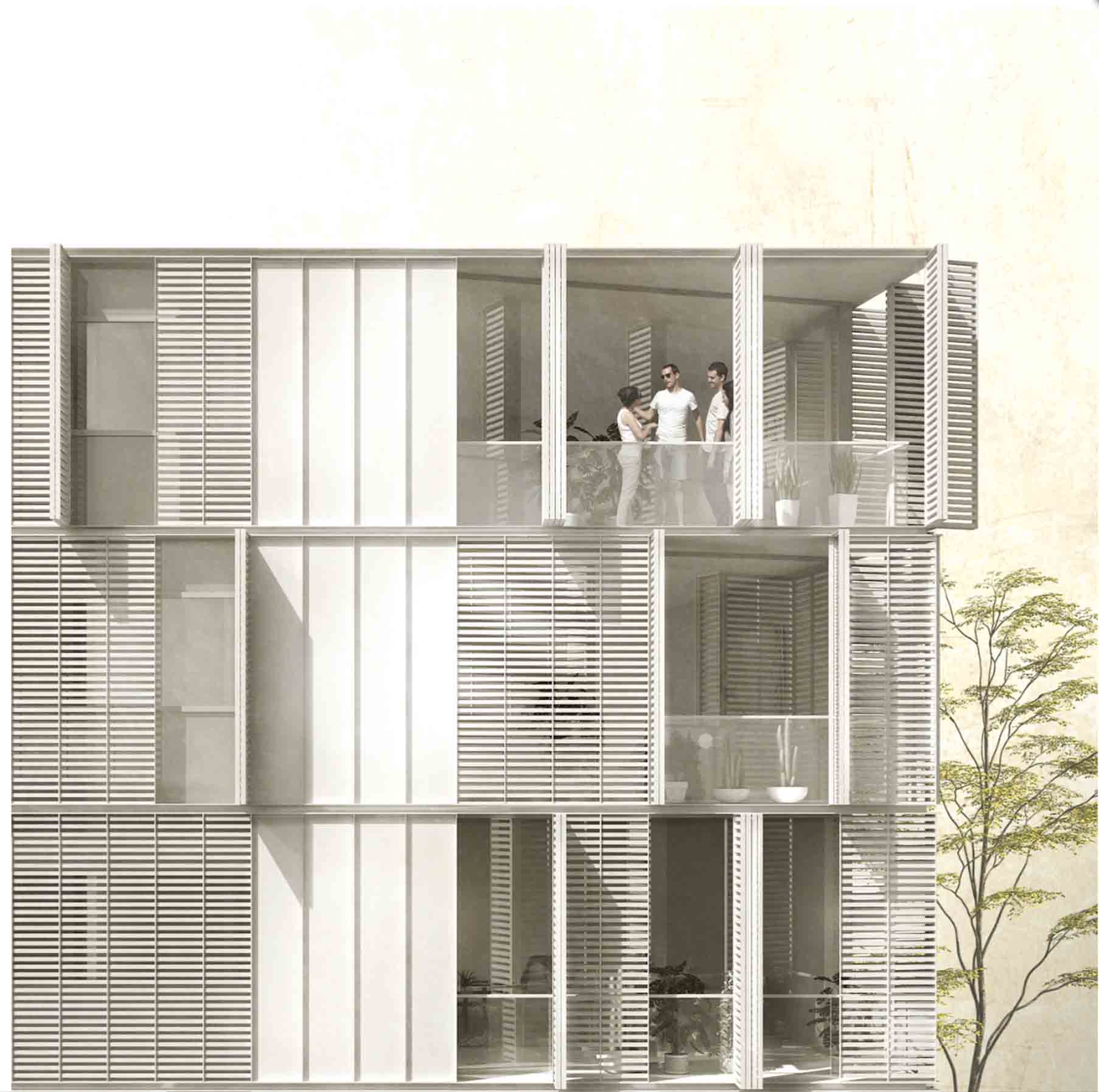