Through landscape and city dispersion

The aim of the project was to join the urban center with the sprawl system and work for linear dispersion is the problem of the area.After an intensity landscape and urban analysis of the area we decide to sew all the problems present  on the Farra di Soligo area.The sprawls’ system that damages the area needed an help for valorizing the landscape and the urban center along the street. Now the street is a barrier for the landscape, it changes its role.

So we decide to create a melody between urban, landscape and the persistence.

The street project consists in organizing the space and create a visual perception where different elements determinate a rhythm and a system like a music pentagram; so we decide to make different interventions for organize our sprawl to be more understandable. With the organization of the sprawl system we pass to redesign also the urban center that is connected with our sprawl system, so we rethink how our urban center can re-born in a modern and different way.

We decided to create in the urban center a permeability public platform which is composed by a module box in the ground floor where is destiny for a commerce and facilities. This platform is unit with the existing urban tissue and is compose by a box model where the wall can be moved and organized in a different way for different uses. On the top of the public area we decided to create a new ground where we put a private garden for the houses, in that way we increase the density of the center and we made a new life view for the people. The garden was thought with all native plants that change the colors and the identity during the season. In addition to this we created a system with all the whole center because we re-connected de center with the two churches, the cemetery, the sport area and also with an old fabric in the left part of the center. We created a new small dense center, full of activity and space to stay. In this way we try to make a new life for this little center, connected with all surrounding area in order to avoid the previous disconnection. 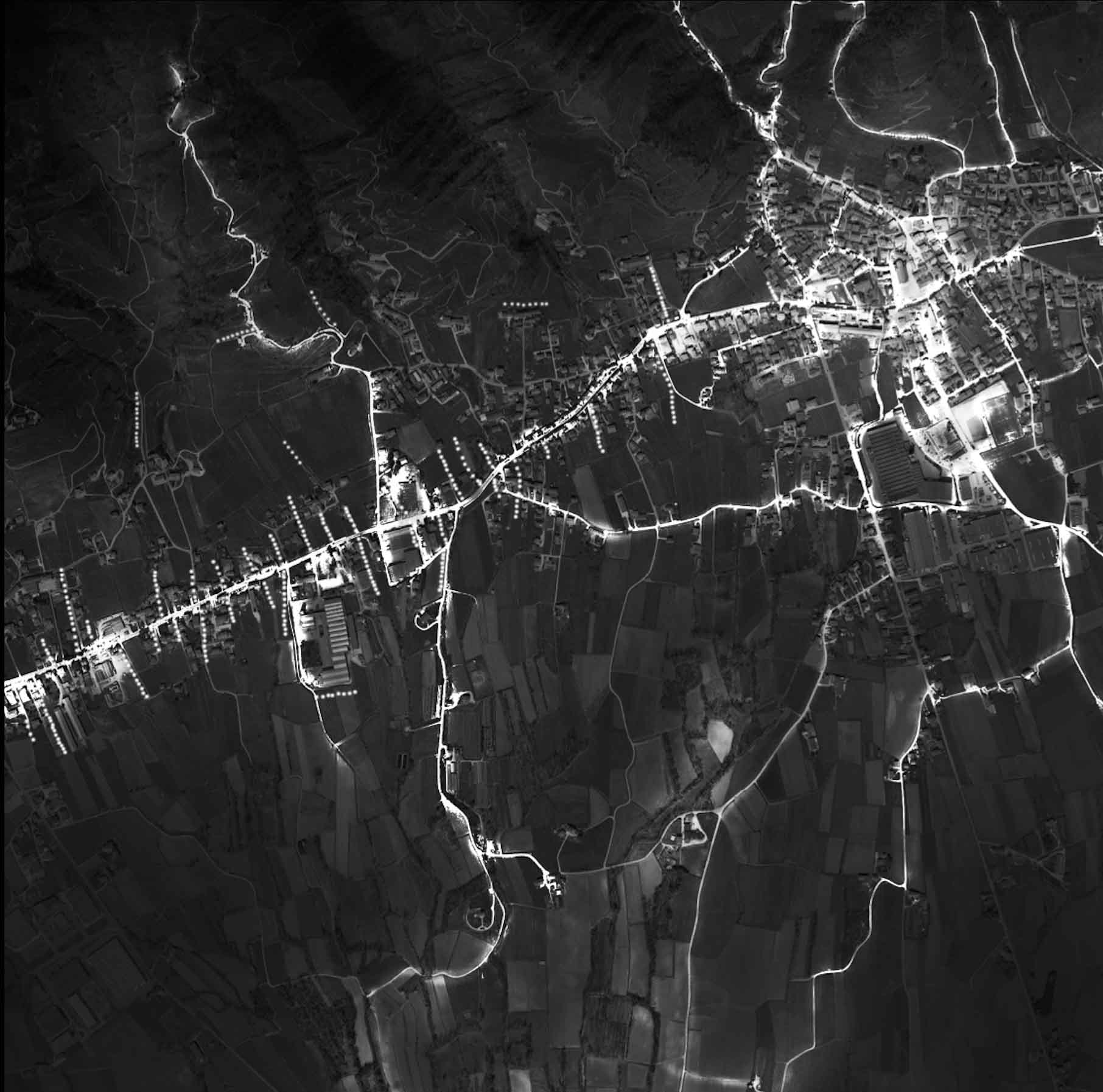 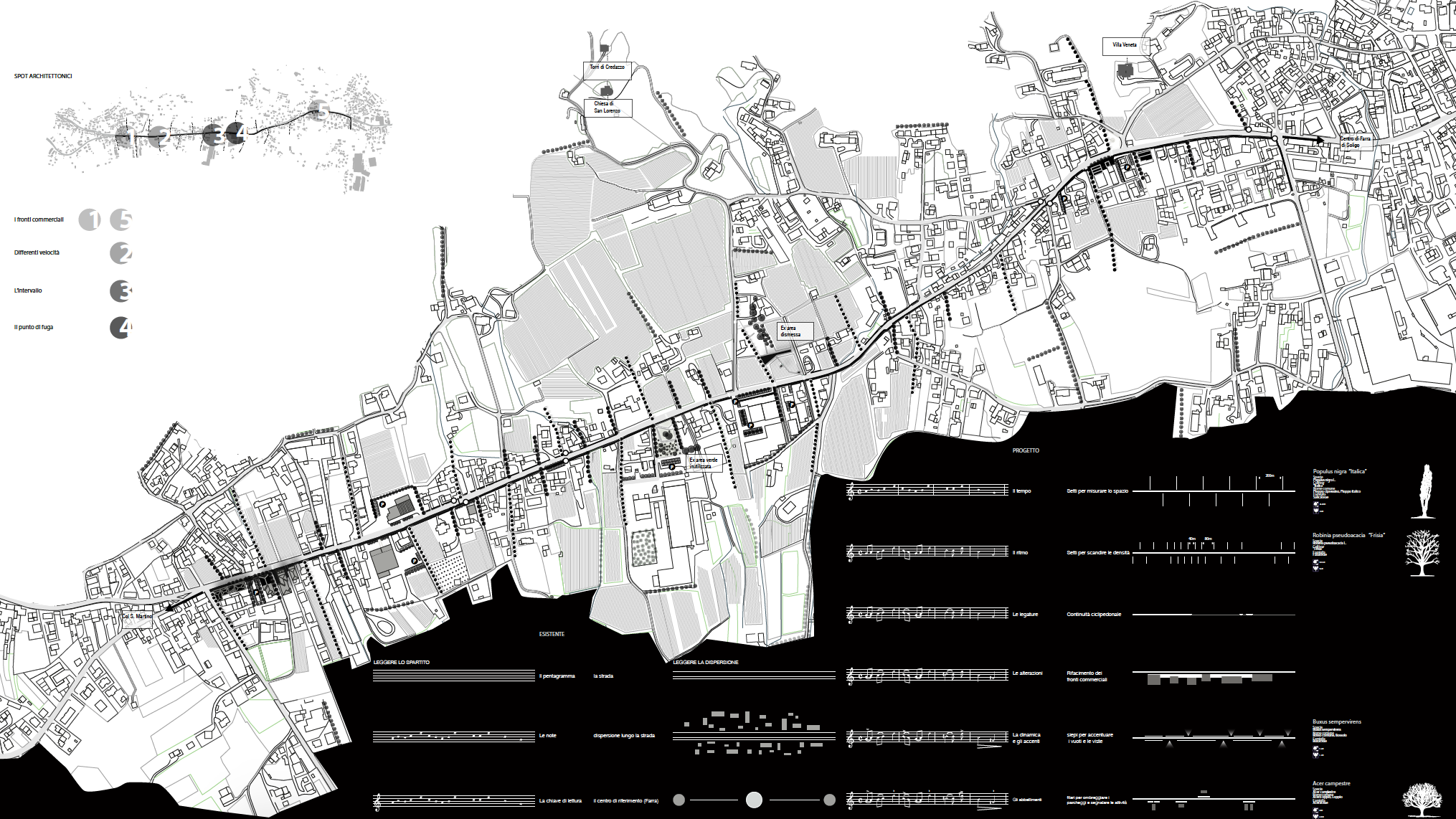 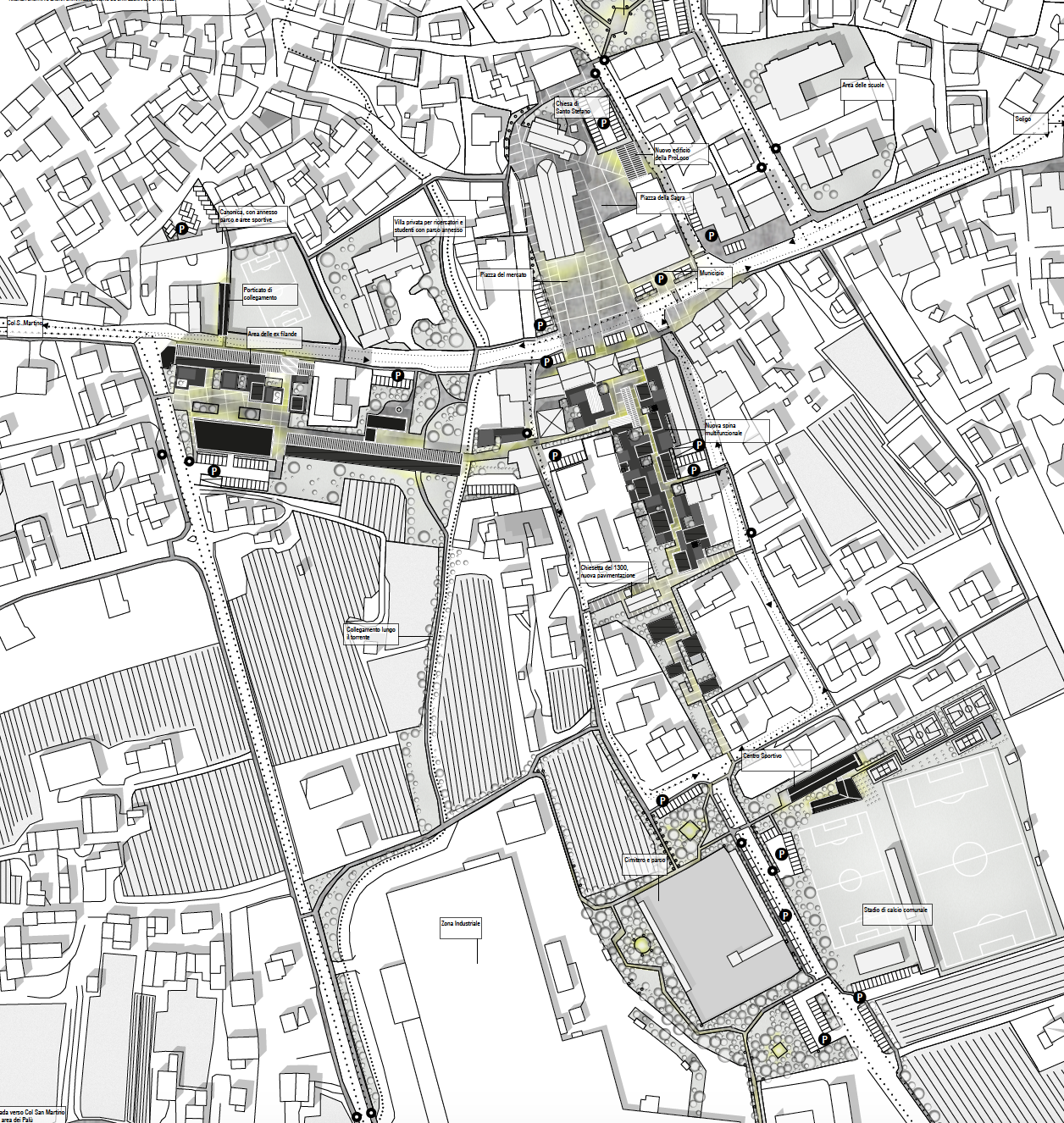 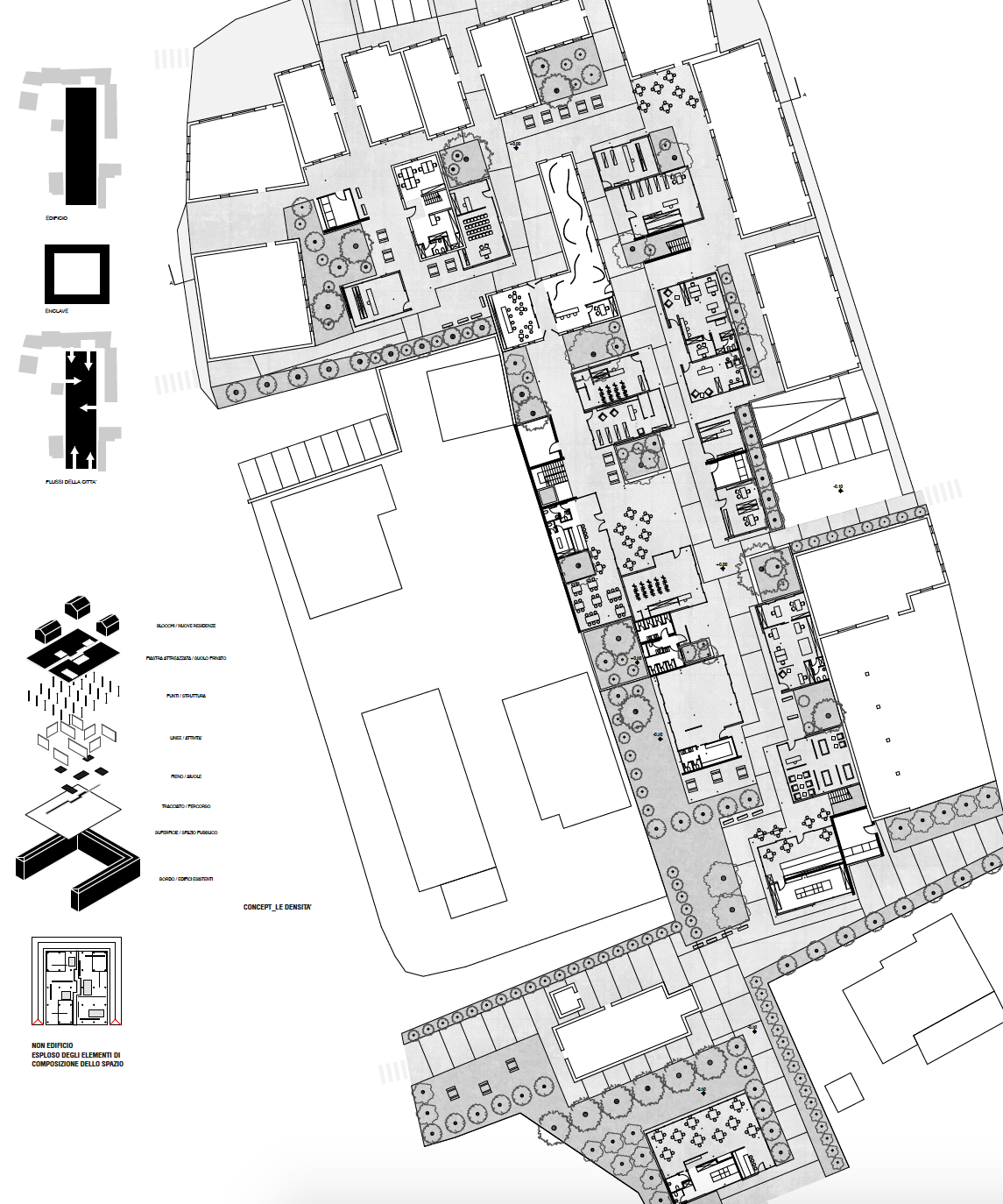 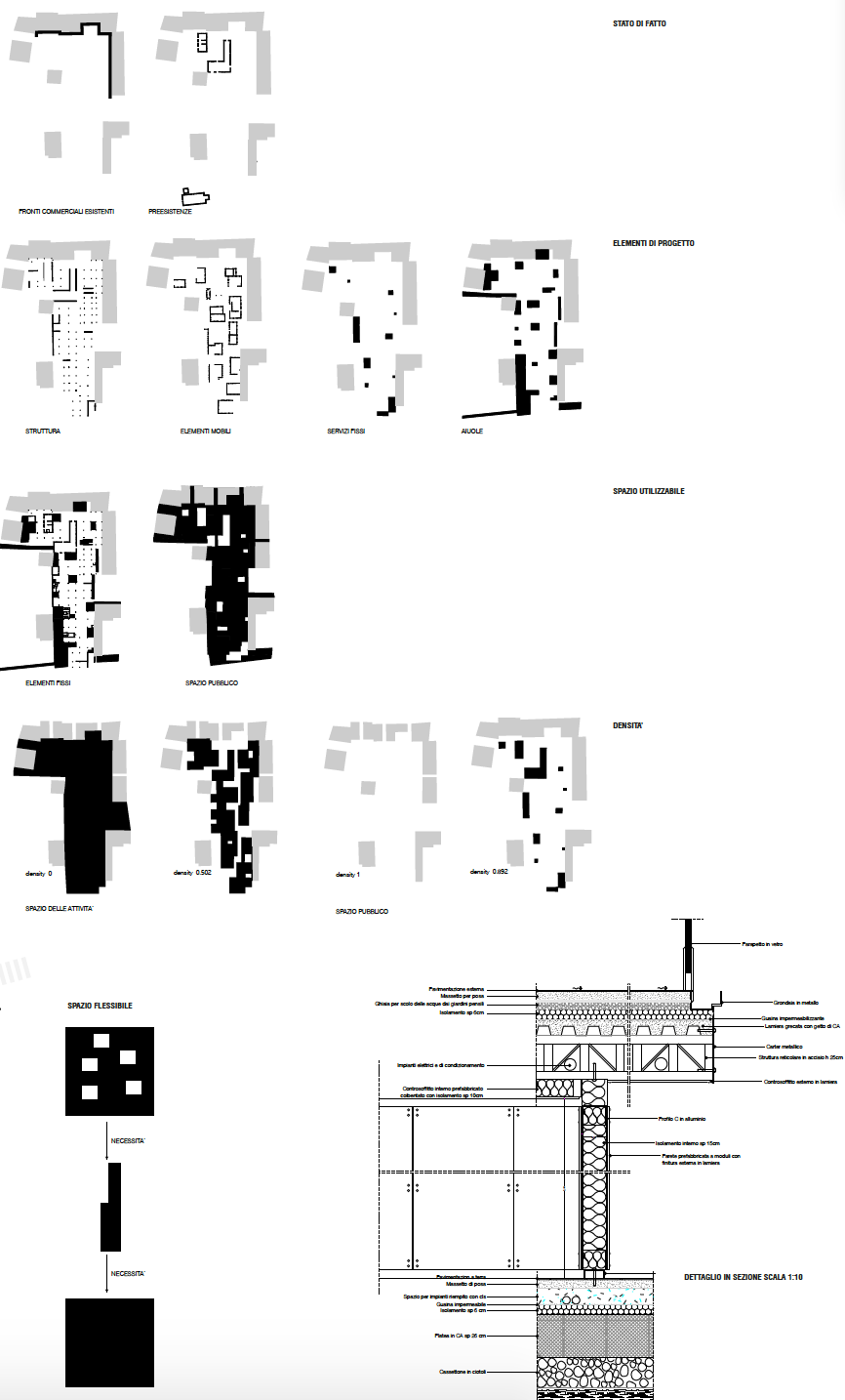 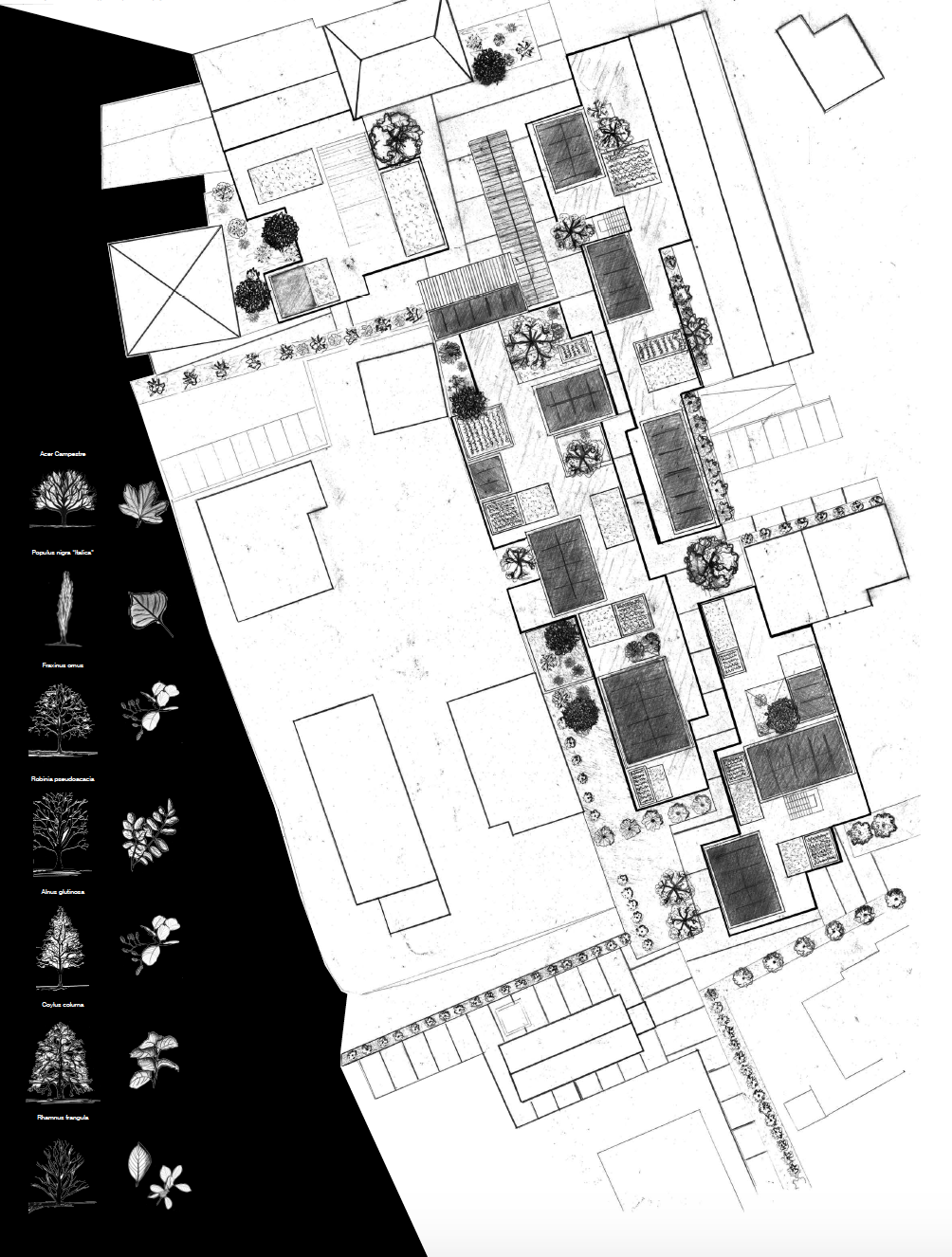 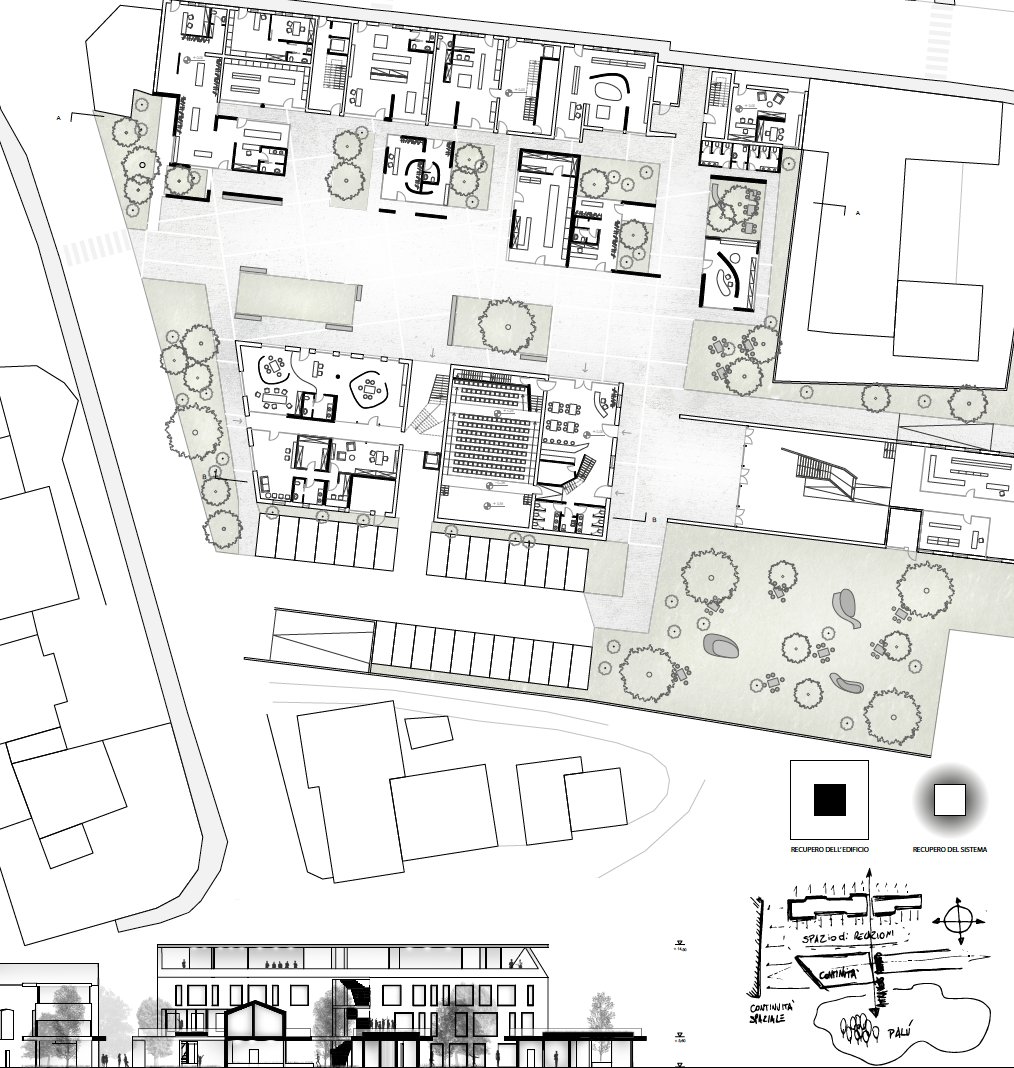 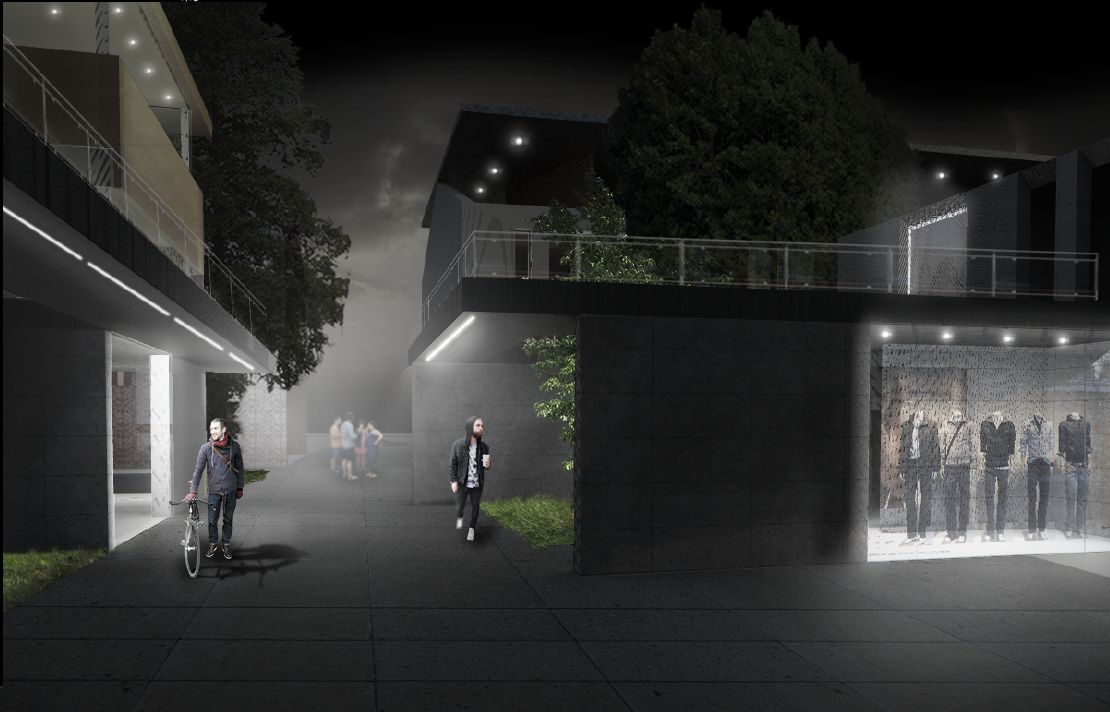 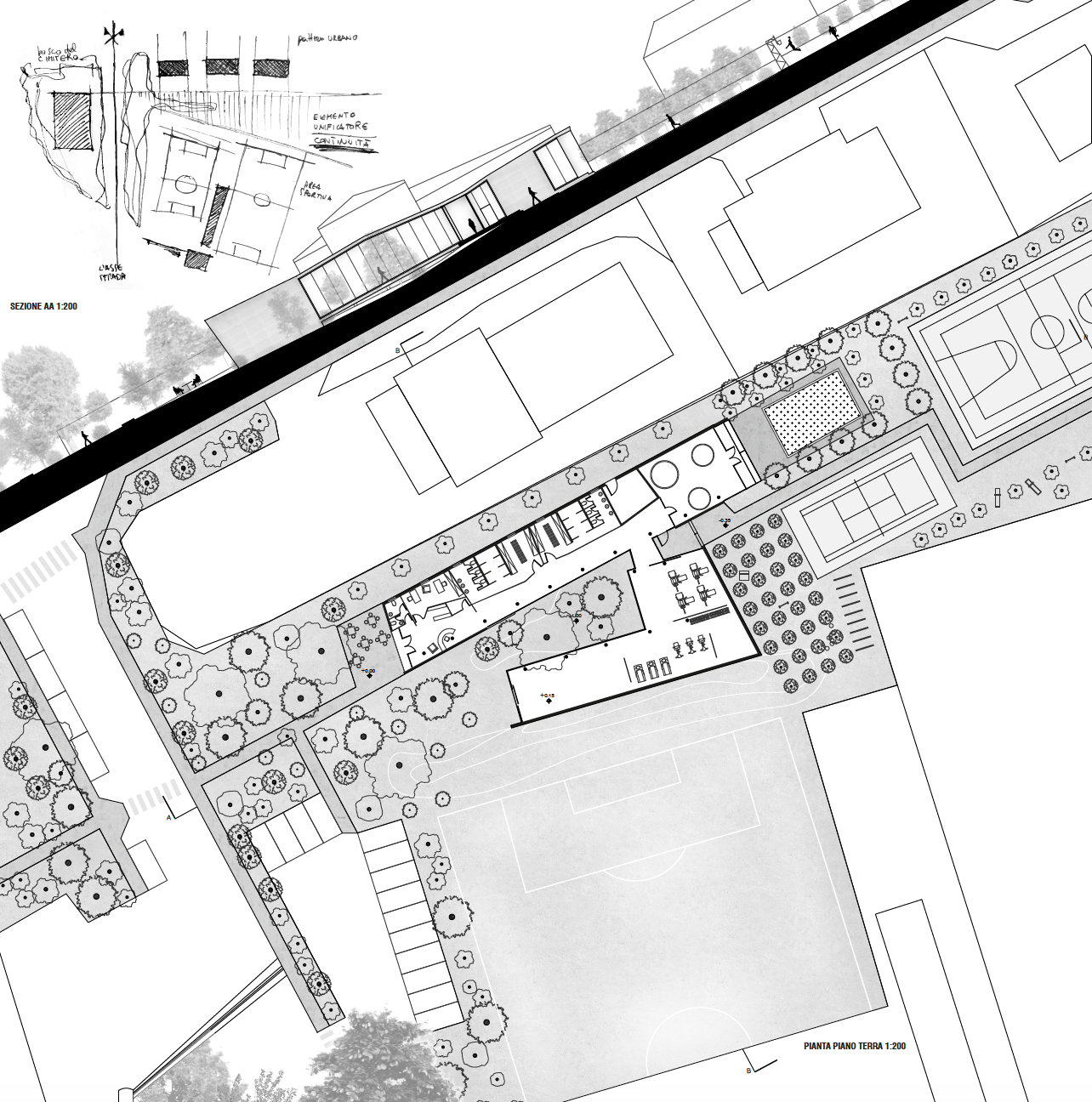 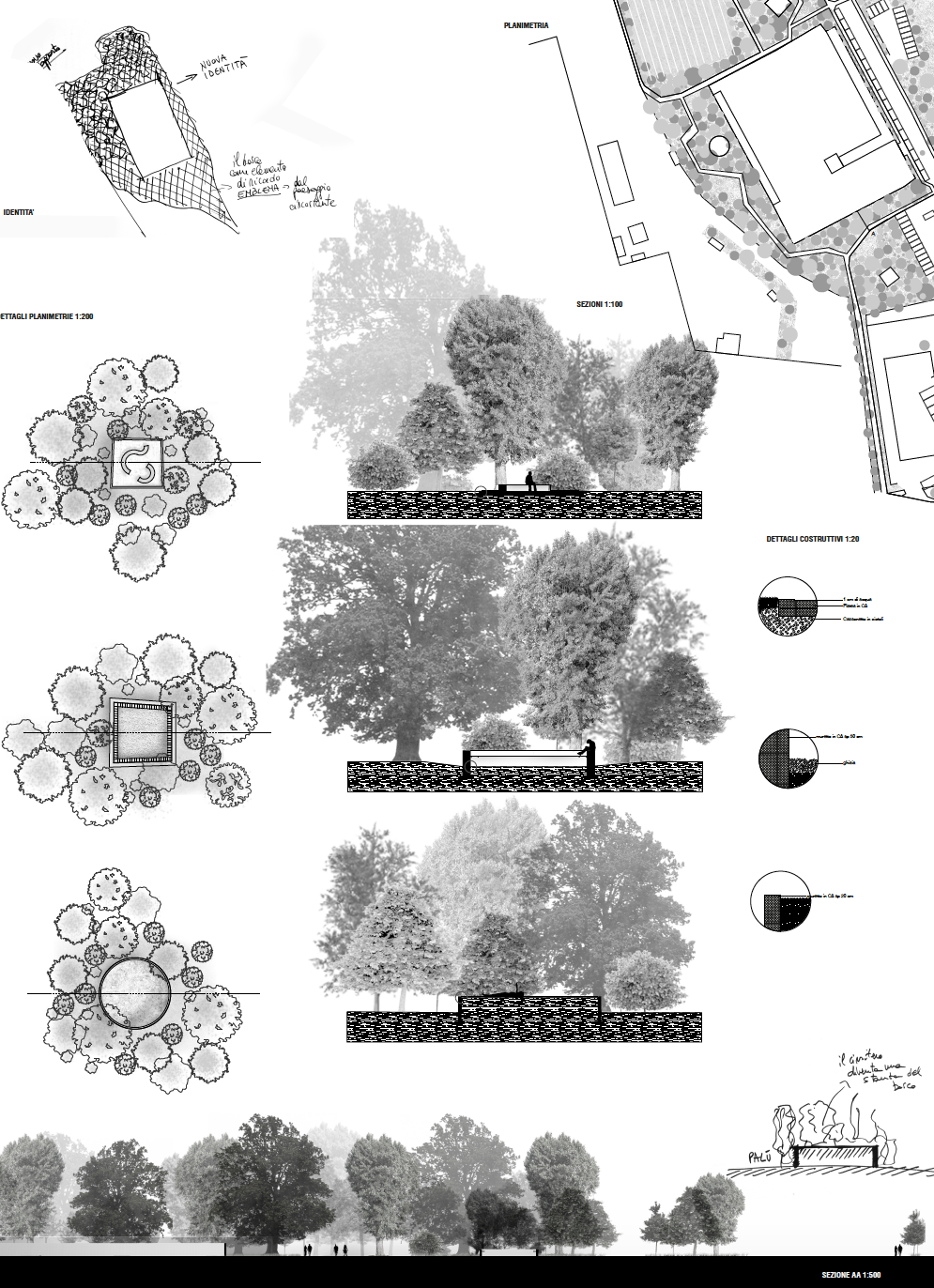 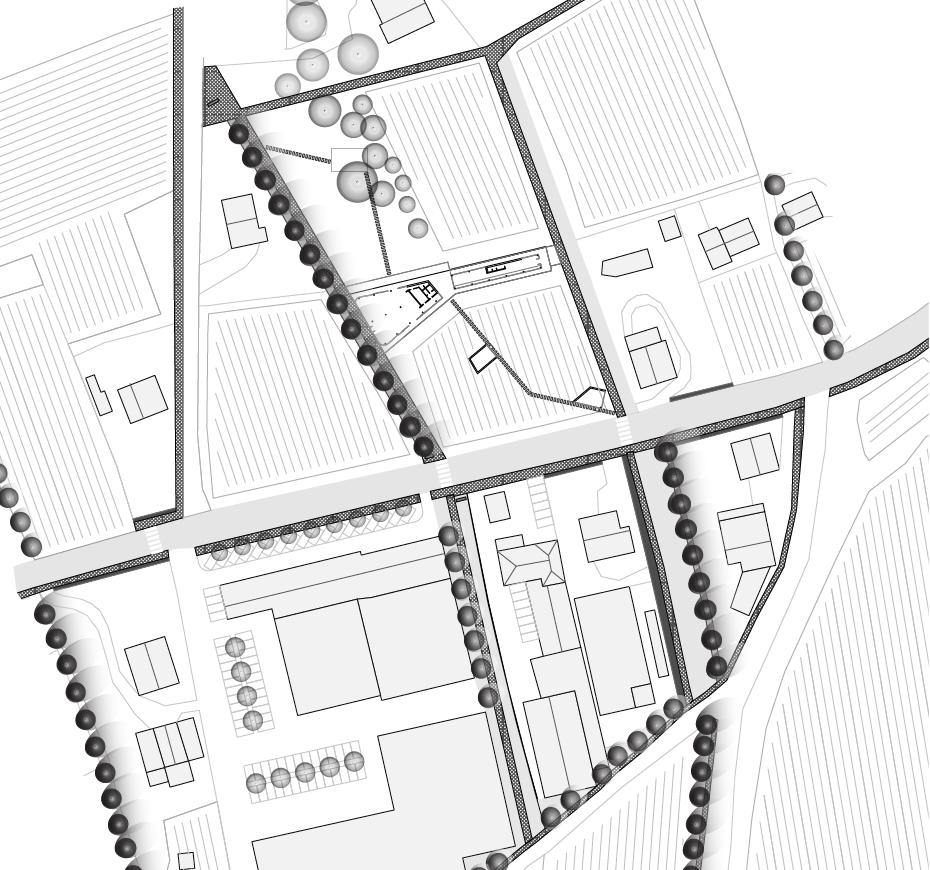 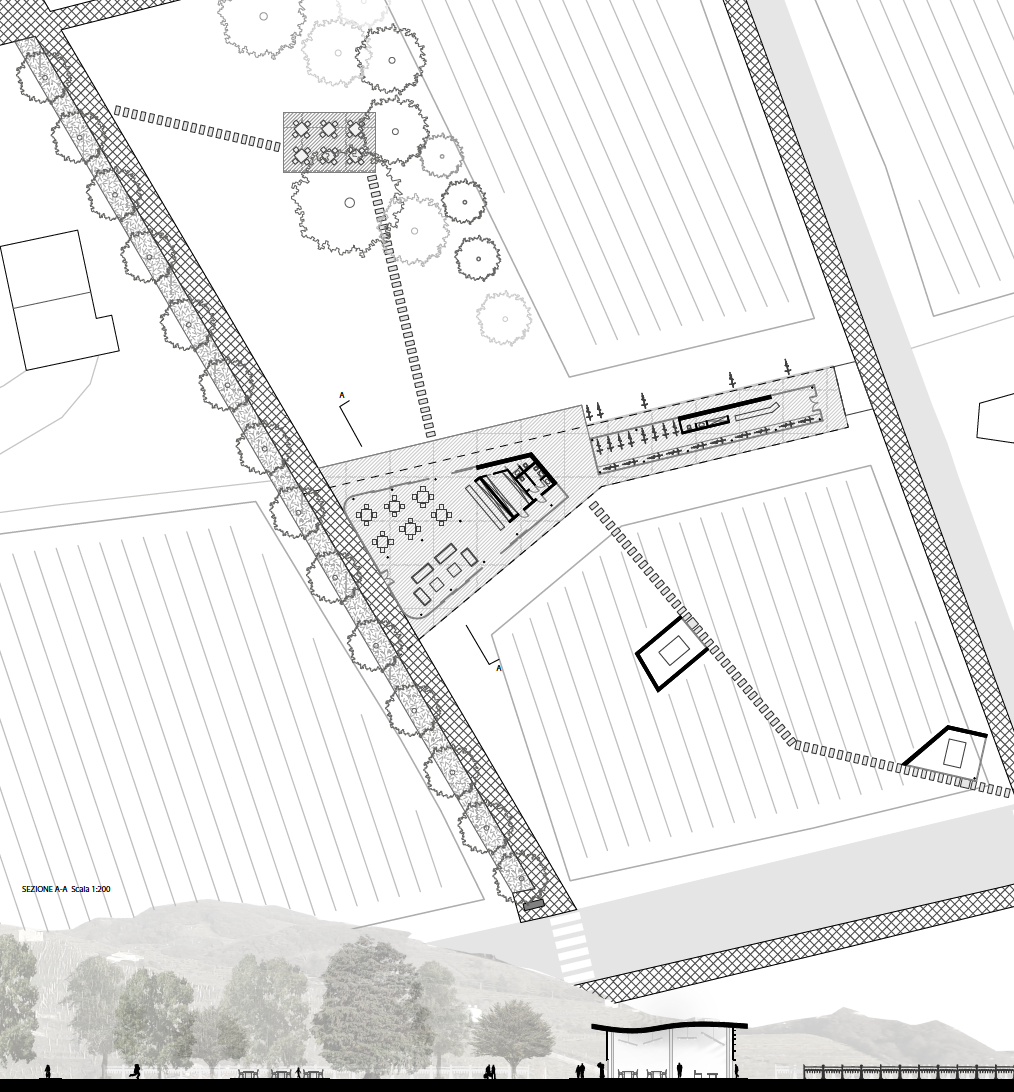 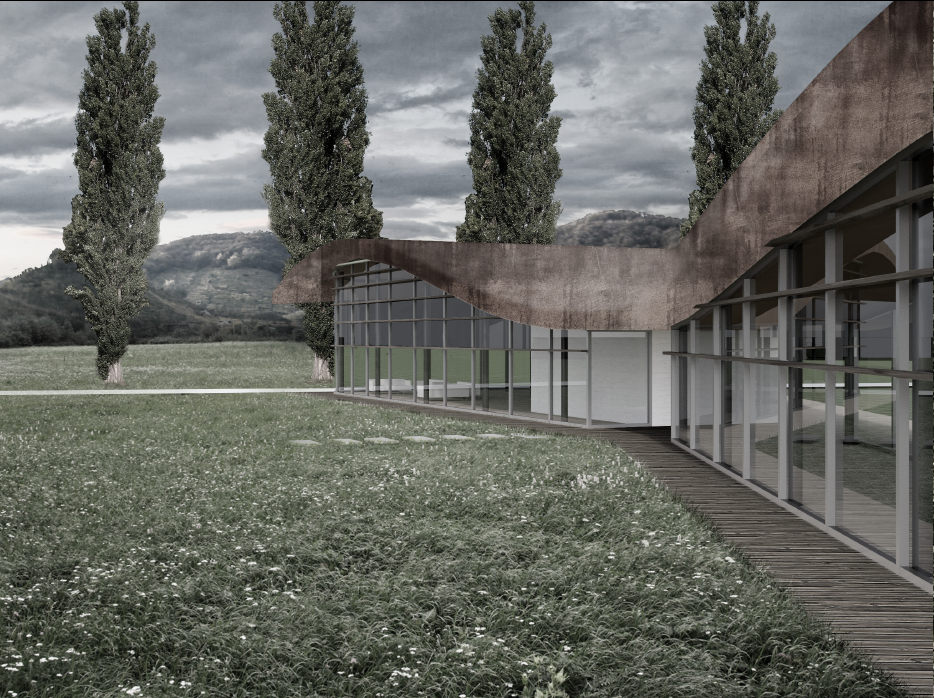